A new study has found that three-quarters of people with cancer in the UK also suffering from clinical depression are not receiving treatment for the mental health condition, despite the fact that it is much more prevalent among this demographic than the general population. However, it is possible that meditation tuition could be used to help these patients.

According to the survey, which was published in medical journal the Lancet, 62 per cent of those who took part in the Depression Care for People with Cancer programme responded to treatment for depression, compared with 17 per cent of those who received the typical sort of care, the Guardian reports.

Lead author Michael Sharpe noted how common it is to see real depression among people living with cancer and how surprising it is that the majority of it is going untreated.

Study leader Jane Walker made further comments, saying: “Anxiety, pain and fatigue were all a lot better with this treatment programme. People were much more able to function and their quality of life was a lot better.”

Meditation is fast becoming a conventional and trusted way to go about treating depression, with acceptance growing among the medical community. If you’d like to try it to see whether you can reap the benefits, start off by doing between 20 and 30 minutes of meditation twice a day and you could soon feel your depressive symptoms lift.

Certainly, if you do feel as though you are really suffering and other forms of treatment don’t appear to be working, it can’t hurt to try meditating to see what it can do for you. 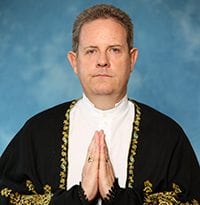 Our sight is 2 dimensional, but when we open the spiritual heart through FISU Meditation, other forms of powerful vision unfold from within – awareness, perception and intuition. Then we see the world in its proper form and everything is seen with greater clarity and beauty because of our expanded awareness. Experience! ….. Rajesh Ananda