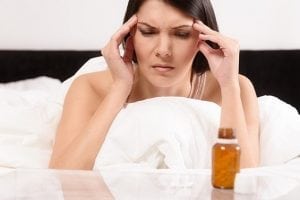 Going on meditation training courses could do a lot to improve women’s health, which has apparently taken a knock in the last 50 years since they joined the labour market, with work-related stress coupled with increases in smoking and drinking starting to take their toll.

This is according to the Office for National Statistics, which found that back in 1963 men were twice as likely to die sooner than their female counterparts, but in 2013 the increased risk dropped one and a half times, with the life expectancy gap falling from six years to under four.

“Increases in women entering the labour force over the last 50 years are considered to have had an impact on stress, smoking and drinking, leading to changes in the health of females,” the report observed, adding that male health has in contrast been improving, with drops in drinking and smoking rates, as well as fewer dangerous jobs.

There is much you can do to improve your health if you’re concerned about certain lifestyle choices you’ve been making. Think about swapping the drink and cigarettes for meditation for a while, perhaps – you could reap the benefits so quickly and make positive changes that last a lifetime.

All you have to do is just set aside a bit of time every day to the practice, giving yourself around half an hour twice a day to meditate. Do this for a week and you’ll feel so much better within yourself. Even if you don’t give up the more unhealthy aspects of your life completely, doing something like meditation can help counteract the negative effects.