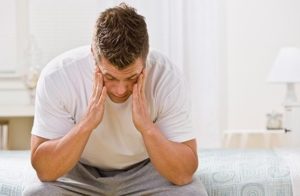 The recent suicide of Hollywood funny man Robin Williams – who was very open about his struggles with drug and alcohol abuse – has shone a spotlight on mental health conditions and how they really are severe illnesses that shouldn’t be ignored. If you’re concerned about your health, you could see how meditation tuition can help with conditions such as depression.

If you do feel depressed, there is a lot you can do without having to rely on prescription drugs (although this may become a necessity later on). Just 20-30 minutes of meditation twice daily could do a lot to alleviate the symptoms of depression and anxiety by allowing you to focus on the present in a non-judgemental way.

The tradition of meditation stems back thousands of years but has only seen a surge of interest in Western culture in the last couple of decades and, while you might think that all you need to do is sit there and do nothing, you’d be wrong. Through meditation, you’re actually allowing your mind to increase its own awareness, relaxing your body and mind at the same time and placing a greater emphasis on the objectiveness and acceptance of your own thoughts and feelings.

It is fast becoming accepted among the medical profession as a trusted technique for treating depression, with figures from the Mental Health Foundation revealing that the majority of GPS (72%) believe that mindfulness meditation would help boost the mental health of patients.  We have had considerable success with those suffering from depress who see benefits usually within 7 days of practising.

Since depression affects around one in 10 people at a cost of £7.5 billion to the economy each year, looking at the benefits of alternative therapies seems like a good idea.

Sorry, this form has been permanently removed.

I would prefer someone to love me, rather than to rationalise me. Which is better, which is more joyful? ……Gururaj Ananda Yogi