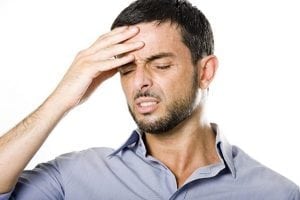 A new survey has revealed that an increasing number of people in the UK are hiding mental health conditions from their bosses because they’re afraid of how being open about it will affect their careers. However, there are steps you can take to tackle the way you’re feeling and meditation courses could be the way to go about it.

According to the poll carried out on behalf of Friends Life, an insurance company, over 50 per cent of all employees think that being honest about common conditions like stress, depression and anxiety would damage their job prospects.

Group chief executive of Friends Life Andy Briggs observed that the figures indicate that there is still a lot that needs to be done to tackle mental health conditions in the workplace. “[They] can affect anybody and employees need help and support so that they are not left feeling vulnerable and demotivated,” he remarked.

It was found that younger members of staff are also feeling the burn, with nearly two-thirds of those aged between 18 and 24 admitting that they have experienced feelings of depression, stress or anxiety in the last 12 months.

Meditation can be hugely helpful when it comes to dealing with any negative feelings you may be having. You can do it alone at home if you’re nervous about practicing in front of a group and, as long as you commit yourself to doing it regularly, you’ll find that you become a lot more balanced and much more at peace with yourself, ready to take on the world and all it has to throw at you.