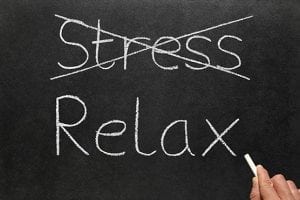 Troubled Hollywood actress Lindsay Lohan, arguably more famous for her run-ins with the law than for her thespian achievements, has said how meditation really helped her to cope, noting that she’s been doing it for quite some time now and it has proved really quite effective.

Speaking to Marie Claire magazine, Lindsay – who is currently starring in London’s West End in David Marnet’s Speed-The-Plow – revealed how the practice has helped her to put her wild child partying ways behind her and allowed her to get back on the right track.

“It’s the most personal thing I can think of that I have for myself. Just being able to shut off,” she said, adding that she tries to live by a set of general guidelines by asking herself if she is doing her best, feeling her best and making herself and those around her happy.

By booking yourself on a similar course, you could do yourself the world of good. The techniques have been around for more than 5,000 years and are now practiced by thousands upon thousands of people all over the world. It can do an awful lot to soothe the strains and stresses that modern-day life can throw at us all, and takes us to a place of complete relaxation experienced by the entire body.

Picking it up isn’t difficult – all you have to do is set aside enough time each day (two 30-minute daily sessions will suffice) to meditate and you’ll be able to feel the benefits of it within a week.

We go through various facets of love to reach Divine love, which is ours. We are born with it, but because of the limitations of our mind and heart, we cannot yet express it. As the cobwebs of the mind are cleared, as the closed heart is opened more, the divinity of love will begin to shine through, and continue until it can shine through completely…….Gururaj Ananda Yogi