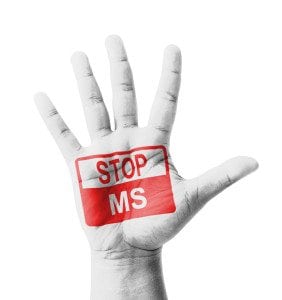 A new Swiss study reports that a form of meditation known as mindfulness could help patients with multiple sclerosis, who often suffer from depression and anxiety.

The study is small and only compared multiple sclerosis patients who meditated to MS patients who didn’t. Still, meditation is safe and cheaper than the drugs that MS patients take, said neurologist Dr. Moses Rodriguez, who’s familiar with the study’s findings.

“Patients should try it and see if it is helpful for them,” added Rodriguez, a professor of neurology and immunology at the Mayo Clinic in Rochester, Minn.

Previous research has suggested that half of MS patients suffer from depression during their lives and that anxiety disorders affect 1 in four. About two-thirds say they feel fatigued, with up to 50 percent saying fatigue is their most disabling symptom.

FISU has many meditators who suffer from MS and the majority will attest that learning meditation has been invaluable to them, and in many cases has caused the disease to slow down and in general be more controllable.  These benefits has improve the quality of life, reduced stress and the ability to find acceptance for the illness. Sufferers are less likely to experience depression when they meditate.

Researchers at University Hospital Basel randomly assigned 150 patients to either take part in an eight-week meditation program based on “mindfulness” or receive regular medical care. The study defined the meditation, which included yoga, as “nonjudgmental awareness of moment-to-moment experience.”

The participants in the mindfulness meditation program reported lower levels of fatigue and depression for up to six months than those receiving standard care and had better quality of life, according to the study findings, published in the Sept. 28 issue of the journal Neurology.

Those in the meditation program, in fact, improved in almost all the measures of fatigue, depression, anxiety and quality of life, while those who received usual medical care declined slightly on most of the measures.

In an accompanying commentary in the journal, two physicians from the Cleveland Clinic in Ohio noted that the findings of the study, which they called “solidly designed,” were limited because the researchers didn’t compare meditation to another form of extra treatment. That makes it difficult to understand if meditation is uniquely beneficial, they wrote.

But neurologist Dr. Jinny Tavee, one of the commentary authors, said she has seen positive effects of meditation in her own practice. The problem with medications, she said, is that patients are told, “‘Here are some drugs that make you sad, tired and depressed, but nothing will effectively take away your disease.’ They’re left with no effective treatments.”

Enter meditation. “You learn to objectify what you’re feeling, be it pain or anxiety or depression, and see it as a separate entity that’s not part of yourself. It helps you let it go,” said Tavee. “You’re getting to the heart of the symptom rather than just covering it as you do with medications.”

Tavee said she sometimes sees furrowed eyebrows when sceptical patients hear about this approach. “But the thing is that this is free,” she said. “You can learn how to do it by yourself. There’s no side effects, and if it doesn’t work for you, you’ve lost nothing. It’s one of those things that can help and won’t hurt.”

Reproduced with kind permission of www.healthyday.com

Gururaj explains why we experience negative situations and from where negativity and negative thoughts proceed?