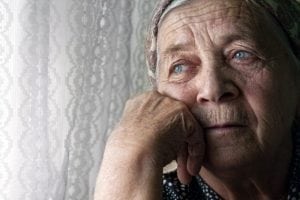 Being alone may raise the risk of heart problems and Alzheimer’s in older adults and efforts have been made to reduce this by establishing various communal associations. However these are not always successful.

Brain, behaviour and immunity published recent results from research headed by Dr J David Creswell of Carnegie Mellon University, indicating that meditation reduces “inflammation levels, which is thought to promote the development and progression of many diseases.” These results present important information as to how meditation can be used to decrease loneliness and health risks. Solitude is a key threat to older adults’ well-being and this study indicates that “meditation training is a promising intervention for improving the health of older adults.”

Forty adults, between the ages of 55 and 85, in good physical condition, who wanted to learn meditation, were enlisted for the study. Using an “established loneliness scale” they were all evaluated before and after the study and samples of blood were also taken. They were then randomly split into two groups: one would get the eight week Mindfulness-Based Stress Reduction (MBSR) program and the other nothing.

The group that received the MBSR program got together once a week for two hours where they were taught how to become more aware of their bodies, feelings, to work on their breathing and develop the understanding of how to consciously pay attention to their feelings and everyday living practices. They were also requested to perform the meditation techniques every day at home for 30 minutes and go to a one day retreat.

After eight weeks, the results showed a decline in loneliness and from the blood tests a reduction was noted in the C-Reactive Protein (CRP), which is the pro-inflammatory gene, indicating that the meditation techniques lowered the risk of relative diseases.

Dr Creswell’s colleague, Dr Steven Cole, of UCLA School of Medicine said that “Reductions in the expression of inflammation-related genes were particularly significant because inflammation contributes to a wide variety of the health threats including cancer, cardiovascular diseases and neurodegenerative diseases,”

Dr Cole also notes that although the modifications in the appearance of the genes were not directly calculated in this research, the outcome primarily shows that “immune cell gene expression profiles can be modulated by a psychological intervention.”

Although more research needs to be executed, Dr Creswell proposes that these studies provide a hopeful new method for taking care of aloneness and health threats in older adults. He also said that “It’s important to train your mind like you train your biceps in the gym.”

In FISU Meditation’s system people meditate for 20-30 minutes twice daily. The benefits of meditating under our system include better social interactions as meditators feel less self-conscious and more confident as their self-esteem is naturally increased. Loneliness is a major, modern-day problem and especially in cities where, despite a larger population, community integration is often more fragmented.

FISU has a good degree of people over 55 as meditators who will attest to these facts.

Remember this, the moment I start analysing my love, love ceases, because I have taken love to the mental level. The mind cannot love, it can only appreciate the mechanics of love. Love is the welling of the heart. The heart feels the closeness and oneness where your heartbeat spontaneously feels the heartbeat of your beloved. But once the mind enters and analszes even a heartbeat, the heart stops beating in the flow of love. Love knows no analysis……Gururaj Ananda Yogi

Divine Will, Free Will – Individual Will and Good Intentions

In this video Gururaj talks about Free Will in the concept of Divine Will versus Individual Will.