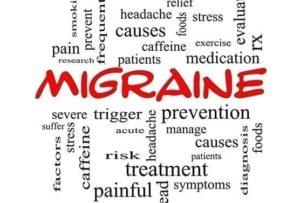 Meditation techniques could be just the answer you’re looking for if you’re one of the eight million people in the UK who suffer from migraines, a condition that comes with all sorts of other symptoms like nausea, dizziness, sensitivity to noise and light, and vomiting.

It might be worth reading a study conducted by Harvard Medical School and Wake Forest Baptist Medical Center, which found that both the duration and the intensity of these headaches could actually be lessened by sitting down to do some meditation.

In fact, those who took part in the survey who practiced meditation experienced 1.4 fewer migraines every month, while their headaches were also significantly shorter – approximately three hours less than those people in the control group.

Assistant professor of neurology at Wake Forest Dr Rebecca Erwin Wells said: “They were able to have a sense of personal control over their migraines. It really makes us wonder if an intervention like meditation can change the way people interpret their pain.”

Figures from The Migraine Trust indicate that there are around 190,000 migraine attacks in the UK each day and around 25 million days from school or work are lost a year, but despite this, the condition receives the least amount of public funding of all the neurological illnesses.

Headaches can often be caused by tension in the body, particularly in the neck, jaw and face, and the best way to relax your entire body is through meditation, which helps prevent you from tensing when certain thoughts pop into your head because it clears your mind and allows you to think more clearly.

The secret of being able to love is to lose oneself totally. We stop thinking, “I am the center of the Universe.” Not I, but Thou. That is knowing what love is. When the peace comes that passes all understanding, all analysis, and all rationalization, then you start knowing what love is. So the prerequisite of love is to be able to love yourself……..Gururaj Ananda Yogi