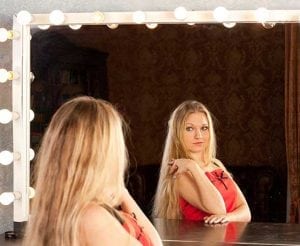 The spiritual path is for heroes!

There are beautiful roses, but there are also thorns, because without the thorns, the roses cannot exist. Sometimes the spiritual path becomes a bit difficult, but that difficulty is necessary as a cleanser. The whole object is for a person to face himself, and as soon as a person starts admitting his or her faults, the cure has begun; you are half-cured.

People do not want to face themselves

People do not want to face themselves; they do not want to admit their weaknesses. You can only cure or alter the fault if you admit that, “I’m at fault and should do something about it.” Therefore, with our meditation and spiritual practices, a great measure of self-help is necessary – some little effort is necessary. It is no use coming home and quarrelling with your husband every night over the most trivialised things and then say, “Oh, I’ll sit down and meditate and fix it all up.” No.

Many people think, “Let’s go to the guru and do meditation, and like a magic wand he’ll just wave all our problems away.” Then they try it for two or three weeks and all their problems have not disappeared. Then they think, “Oh, the guru is no good.” They do not realise that their problem could stem back to ages past and they themselves have to work it out. The guru only gives the medicine, but they have to drink it. The guru shows them the path but they have to walk the path, and often people do not want to do that.

There is a lovely parable, which Ramakrishna quotes: “a camel eats thorns and although its mouth bleeds from the thorns, the camel still keeps on eating thorns. In addition, human beings are like that – they just do not want to get out of the rut or out of their miseries because they find it so comfortable.

Like a silkworm they spin, spin, spin, and then find themselves entrapped in their own spinning. The idea is to get out. After all, the spiritual path is like impregnation; your husband impregnates you, but the husband is not going to make the baby grow in you. He plants the seed but you have to look after the pregnancy period and suffer all the inconveniences that a woman would go through with giving birth to a baby. Nevertheless, when the baby is born, and the reward very exhilarating?  (US 83-103)

This form is not available.

I would prefer someone to love me, rather than to rationalise me. Which is better, which is more joyful? ……Gururaj Ananda Yogi