Divine Will – Individual Will & Good Intentions 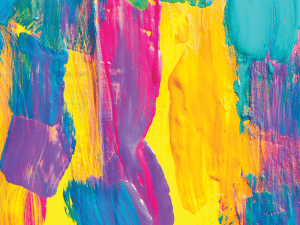 So what do we mean by Divine Will?

Divine Will is a phrase so misunderstood. Divinity does not will anything. It is a common saying that ‘Let they will be done’. Now will in itself implies a thought process. Without thought, you cannot will, and that is more for the human mind rather than the Divine mind.

It means that within the laws of nature, things have to function in a certain way. It is the law of nature that water will run down the hill and not up the hill.

If you plant onions, you would not expect potatoes to grow. And yet if you think Divine Will is so powerful, that can be changed. You can plant potato seeds and onions will grow because we have given so much emphasis and power to Divine Will, a miraculous power and yet Divine Will does not operate miraculously.

Divine essence is beyond all thought

That too is bound by the laws of nature, for what we understand as that Supreme Will is only the will of nature and not of God. For that Divine essence is beyond all thought. It does not think. It is a neutral energy. And as I would always say, it is like electricity that could be used in a stove to produce heat or in a refrigerator to produce coldness.

Individual will comes in when man starts analysing and weighing the pros and cons of the situation, for the fulfilment and expansion of his ego, that is individual will. So when we say “Thy Will be done”, we surrender the ‘I-ness’ that is within us – the ‘me’ and the ‘my-ness’, that we have, that is obliterated, that is forgotten. We become oblivious to it and just flow with the laws of nature, and that is the Supreme Will.

So here good intentions can have no power whatsoever as long as it is based on the needs of the ego. Once the needs of the ego and it’s bolstering up could be eradicated through spiritual practices then those intentions that started in our little minds merge or manifest as the intentions of the Supreme Mind. Then, only, all our work bears fruit, beneficial fruit, sweet fruit to benefit others.

There was an old man who was planting mangoes. Now, mango trees take at least about six or seven years to grow and bear fruit. So, some youngsters were passing by, and they told this old man, “You are so old, you have got one foot in the grave, you are going to pass away.

And then why do you plant these trees, because, by the time the tree grows and bears fruit, you will be dead?” So, he says “I am not planting for myself. I am planting for others to enjoy it. I am just doing my work. I still have some strength in my body and let me use it for the benefit of others.” Now that is good intention. That is good intention because it is not for his little self, it is not for self. It is selfless, for the self of others.

So, you are going to do something for Auntie Matilda. She is not well; she is ill, so you go down and do the dishes and wash the clothes and this and that. There are two reasons why you do that.  One reason is this that it is because she and your Auntie are now well and, as a niece you have to do that duty. You don’t feel like doing it. You say, “Oh, that chore.” You are doing it for the duty, but the observers from outside would say, “Oh, how wonderful little Mary is, she helps her Auntie so much.” And yet she hates every moment of it. So, that does not bear fruit.

Another reason could be: “Ah, let me look after Auntie Matilda and I know that she has got some … ah! .. and I am sure if I look after her well, I know she will look after me”. Do you see? In the one instance, it is a total disgust, it becomes a chore, it becomes a burden to do it. And the other instance there is selfishness, and that could bear no fruit. So, outwardly, it might seem to be good intentions.

To the observer, it might be so wonderful and good – “Ah, little Mary is so nice”- but yet it is totally fruitless. Do you see? So, like that you have certain old ladies, they are bored sick at home, so they would help the church, to stand on the corners with collection boxes or do other little things. Something good is done. Everything has some value, but we are coming down to the basics of it. So, why does she do that work? To relieve her boredom. That is selfish. But if she did it with love, she would be so occupied, and yet she says to herself that this is my love that I am doing it for. Then it is of some value. Do you see?

And then again a person does something with good intentions, and it backfires. It backfires because however good the intentions were, it has not been properly thought out. The consequences of the action have not been thought of, or perhaps the person is incapable of thinking what would happen if such and such an act was carried out.