The process of evolution is inherent in every soul 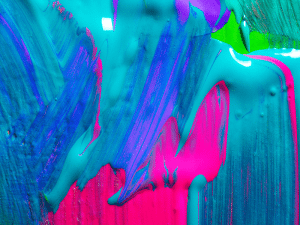 The journey of the soul

The soul passes from the mineral level to the plant level and on to the animal level in a steady and unimpeded flow.

The spiritual energy or universal life-force in each individual soul drives it forward along its evolutionary path, acting within the very pattern of manifestation. This process is natural and automatic until it reaches the level of man.

The mineral world is the first and most basic life-form, and yet even at this level individuality exists. In the plant world, the soul has reached a higher stage of evolution. The plant has greater sensibility and responds more actively to outside influences and impressions. At the animal level, this sensibility is intensified, and the animal has greater instinctive powers of response and receptivity. When the soul reaches the highest level possible in the animal world, it can make the transition from animal to human.

At this point, the nature of its evolution undergoes a radical change.

In becoming man, soul unfolds the ability to think. This quality was always there, but it has now been activated and expressed. This, one could say, is where the problems start. For once the seed of thought is planted man starts becoming aware of himself; he starts exercising judgment over his needs and developing a greater form of individuality. This individuality brings

This individuality brings man to assume a sense of ‘I’, of me and mine. In short, he develops the ego, and the principal desire of the ego is to preserve itself. This sense of self- preservation was present in the animal but in an instinctive form. In man, it has become conscious. The conscious desire for self-preservation leads to a conflict within the mind of man. On the one hand he is driven forward by his inner desire to continue his progress along the evolutionary path; on the other, he is dominated by the desire of his ego to maintain at all costs his sense of individuality.

In most people, the need for self-preservation overshadows the greater quest, and man becomes lost in a mire of needs and desires. Through the development of the ego, man has created boundaries between himself and the rest of the universe. He has produced a sense of separateness which on the superficial level may seem to give him security, but which in fact becomes the cause of all his conflicts and unhappiness.